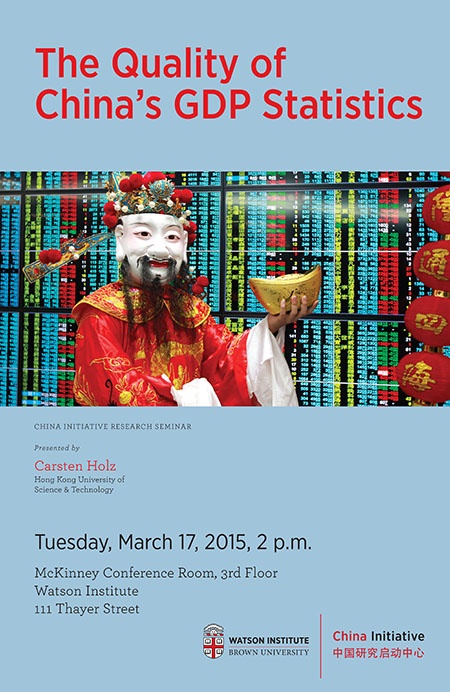 Since the 1998 “wind of falsification and embellishment,” Chinese official statistics on gross domestic product (GDP) have repeatedly come under scrutiny. This paper evaluates the quality of China's GDP statistics in four stages. First, it reviews past and ongoing suspicions of the quality of GDP data and examines the evidence. Second, it documents the institutional framework for data compilation and concludes on the implications for data quality. Third, it asks how the Chinese National Bureau of Statistics could possibly go about credibly falsifying GDP data without being found out. Fourth, it examines if the first- and second-digit distributions of official GDP data conform to established data regularities (Benford's Law). The findings are that the supposed evidence for GDP data falsification is not compelling, that the National Bureau of Statistics has much institutional scope for falsifying GDP data, and that certain manipulations of nominal and real data would be virtually undetectable. Official GDP data, however, exhibit few statistical anomalies (conform to Benford's Law) and the National Bureau of Statistics thus either makes no significant use of its scope to falsify data, or is aware of statistical data regularities when it falsifies data.

Carsten Holz, Professor, Hong Kong University of Science & Technology is a visiting scholar in the Department of Economics at Fairbank Center for Chinese Studies at Harvard University. His research interests include issues of economic development and growth in China. His current research is on the quality of Chinese statistics and on productivity changes across China's economy.