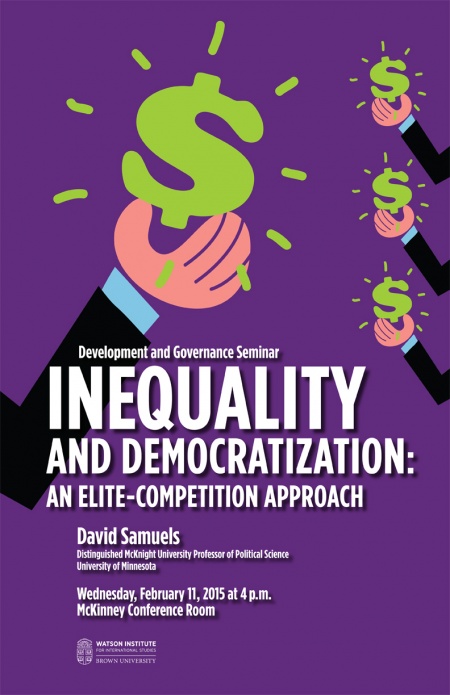 Research on the economic origins of democracy and dictatorship has shifted away from the impact of growth and turned toward the question of how different patterns of growth - equal or unequal - shape regime change. This book offers a new theory of the historical relationship between economic modernization and the emergence of democracy on a global scale, focusing on the effects of land and income inequality. Contrary to most mainstream arguments, we suggest that democracy is more likely to emerge when rising, yet politically disenfranchised, groups demand more influence because they have more to lose, rather than when threats of redistribution are low.

He is the author of Presidents, Parties, and Prime Ministers (with Matthew Shugart) (Cambridge University Press, 2010), Ambition, Federalism, and Legislative Politics in Brazil (Cambridge University Press, 2003), and the co-editor of Decentralization and Democracy in Latin America (University of Notre Dame Press, 2004). His introductory undergraduate comparative politics textbook, Comparative Politics and country-casebook Case Studies in Comparative Politics, are available from Pearson Higher Education. He is currently working on a book project entitled "Inequality and Democratization."