Elections in the Midst of Boko Haram Insurgency: What the 2015 Nigerian Elections mean for Nigeria, Africa, and the Global War on Terror 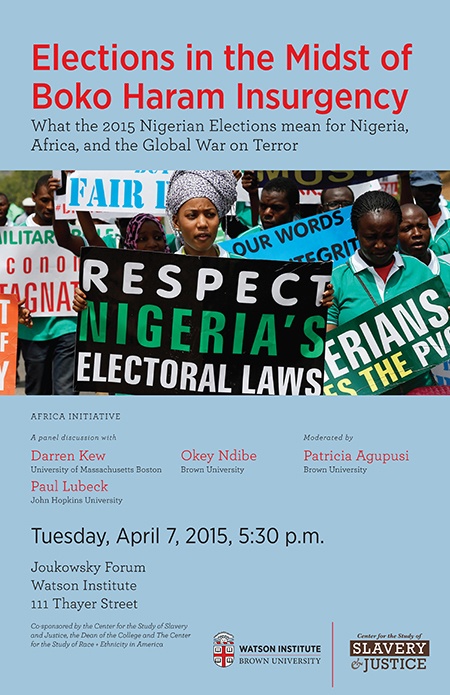 The success or failure of the Nigerian elections is a bellwether for the entire continent. With a population of more than 170 million, Nigeria is Africa's largest economy and most populous country. The 2011 presidential election recorded flashes of violence in the northern part of the country. The 2015 presidential election, scheduled for March 28, is closely contested and may precipitate more violence. Boko Haram presents an additional challenge to the 2015 elections. The implications of this election are critical not just to Nigeria's unity and development but also for the region more broadly as the Boko Haram insurgency spills into other countries. Given the continuous courting of ISIS by Boko Haram, the group poses serious challenges to the global war on terror. In this panel on Nigeria's elections, scholars of Nigeria will discuss the challenges of the 2015 elections, including Boko Haram, as well as what their outcome means for the country unity and development.