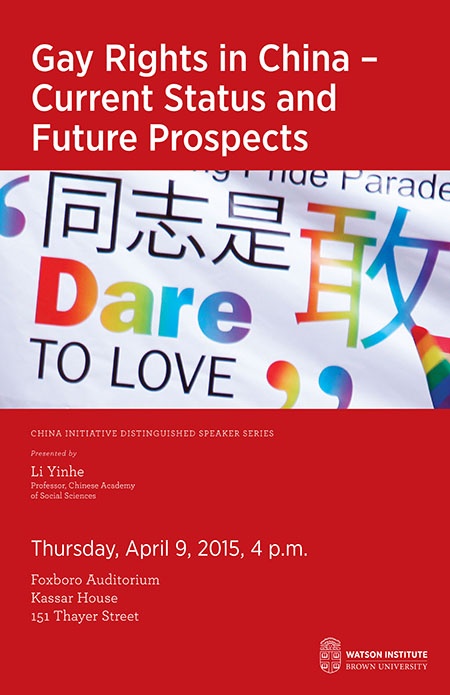 This talk will present findings from a recent survey of the experiences of gays and lesbians in contemporary China. The speaker will discuss the evolving legal status of members of China’s LGBT community, as well as how in the Chinese context gays and lesbians understand their own identity and rights. The speaker, an outspoken advocate for same-sex marriage rights in China, argues that the biggest problem faced by the LGBT community isn’t so much extreme state persecution, but rather the everyday forms of societal neglect and indifference that inhibit sexual freedom, identity, and rights.

Professor Li Yinhe, recently retired from the Institute of Sociology, Chinese Academy of Social Sciences, is one of China’s leading voices on issues of sexuality, gender identity, and legal reform surrounding marriage and sexual practice.