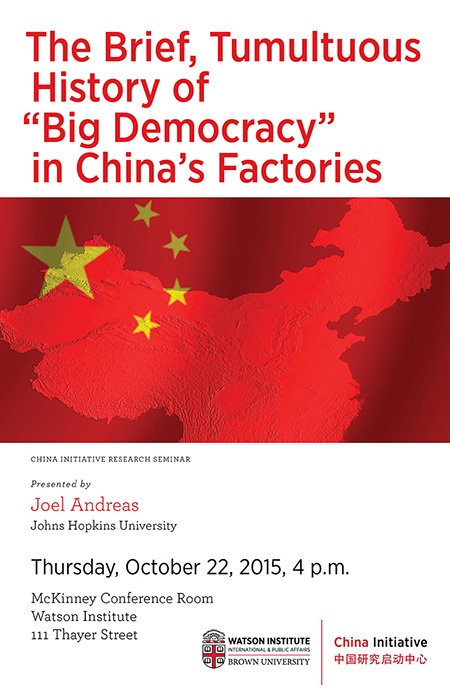 This paper compares two fateful experiments conducted in China during the Mao era that encouraged freewheeling criticism of Communist cadres: the 1957 Party Rectification campaign and the early upheavals of the Cultural Revolution (1966-1968). Through a content analysis of articles published in the Chinese Communist Party’s flagship newspaper, People’s Daily, we first show that the two movements shared characteristics that made them very similar to each other (and remarkably different from all other mass campaigns carried out during the Mao era). We then examine the differences between the two movements by investigating how they unfolded in factories, based on interviews with workers and party cadres. Key elements of the strategies Mao pursued during the Cultural Revolution, we argue, can be interpreted as responses to the unmitigated failure of the 1957 campaign. In comparing the two movements, we highlight the evolution of the term “big democracy,” which was uniquely associated with these two episodes, but was deployed in very different ways in each.

Joel Andreas is an associate professor at Johns Hopkins University