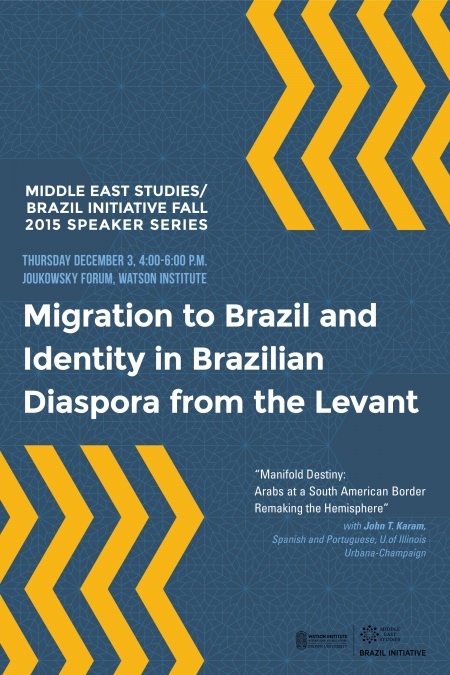 How are Arabs at the tríplice fronteira (tri-border) between Brazil, Paraguay, and Argentina compromising and constitutive of these Americas? Their more than half-century-long presence at this border heralds a multipolar turn in the hemisphere. Settling on the Brazilian and Paraguayan sides of the tri-border since the 1950s, mostly Lebanese and Palestinians consolidated Brazil’s influence over Argentine-dominated Paraguay since the 1970s, bore security measures demanded by Argentina and the Mercosul trade bloc through the 1990s, and became a fulcrum in the U.S. war on terror during the 2000s. In signaling the twilight of “manifest destiny,” the doctrine that typified century-long U.S. impositions over Latin America, Arab traders and activists at the tri-border both animated and endured the increasingly myriad relations among Brazil, Paraguay, Argentina, and the U.S.. Their economic and political histories augur a new, manifold destiny for the hemisphere whereby no single power rules.