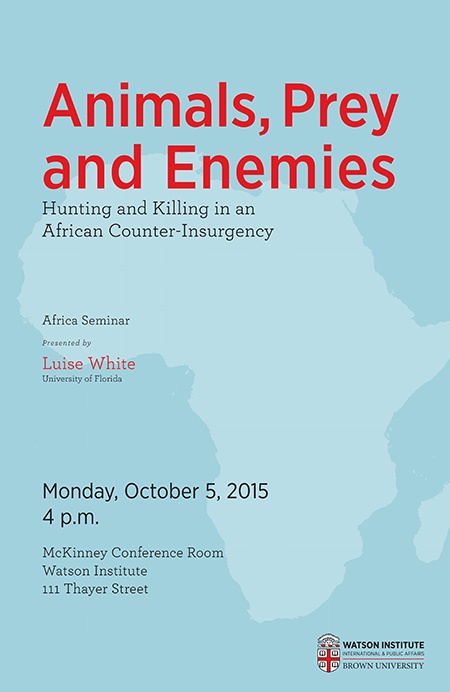 ​This paper is part of a larger project on the Rhodesian army at war (1969-1980). ​Professor White use​s​ archives, interviews and most of all the sizeable body of memoirs and novels written by former Rhodesian soldiers to argue against those histories that have claimed that the violence of colonial conquest and the wholesale slaughter of fauna that accompanied it in Africa was the model for the conduct of the repression of anti-colonial and nationalist insurgencies. Although that repression was often conducted in the language of hunting – the hunt for Joseph Kony, for example – ​Professor White argue​s​ that the hunting of African animals and African insurgents was markedly different in large part because of the ways animals and insurgents were categorized.

Luise White is a professor at the University of Florida