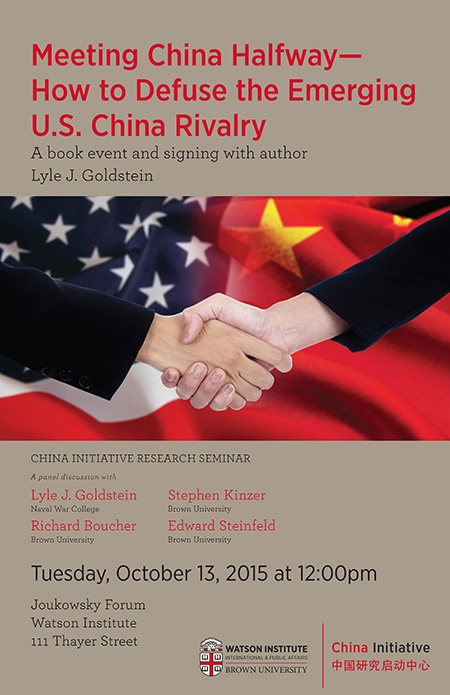 Though a US-China conflict is far from inevitable, major tensions are building in the Asia-Pacific region. These strains are the result of historical enmity, cultural divergence, and deep ideological estrangement, not to mention apprehensions fueled by geopolitical competition and the closely related "security dilemma." Despite worrying signs of intensifying rivalry between Washington and Beijing, few observers have provided concrete paradigms to lead this troubled relationship away from disaster. Meeting China Halfway: How to Defuse the Emerging US-China Rivalry is dramatically different from any other book about US-China relations. Lyle J. Goldstein's explicit focus in almost every chapter is on laying bare both US and Chinese perceptions of where their interests clash and proposing new paths to ease bilateral tensions through compromise. Each chapter contains a "cooperation spiral"—the opposite of an escalation spiral—to illustrate the policy proposals. Goldstein not only parses findings from the latest American scholarship but also breaks new ground by analyzing hundreds of Chinese-language sources, including military publications, never before evaluated by Western experts. Goldstein makes one hundred policy proposals over the course of this book, not because these are the only solutions to arresting the alarming course toward conflict, but rather to inaugurate a genuine debate regarding cooperative policy solutions to the most vexing problems in US-China relations.

Lyle J. Goldstein is an associate professor in the Strategic Research Department at the US Naval War College (NWC). He was also the founding director of the NWC's China Maritime Studies Institute. He is the coeditor of numerous volumes including China, the United States, and 21st Century Sea Power, the author of Preventive Attack and Weapons of Mass Destruction, and a regular contributor to The National Interest.