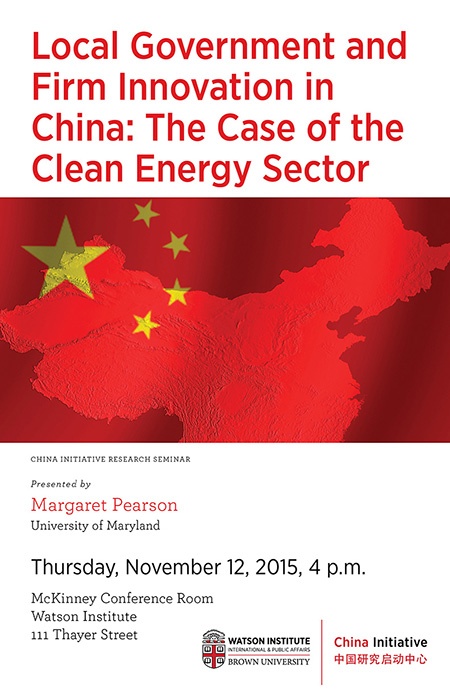 The Chinese government has generated extensive policies in support of building a clean energy industry. While China’s government often promotes these as part of its environmental sustainability policies, they operate through the well-established tracks of Chinese industrial policy. Compared to other countries’ efforts to use top-down incentives to foster clean energy industries, moreover, China’s political system places local governments in key positions of influence. This paper considers whether the firm ecosystem created by local governments, responding in part to Beijing’s policy incentives, contributes to high-quality innovation by clean energy firms. Based on qualitative examination of cases in the electric vehicle and solar panel sectors, this paper suggests that the behavior of local governments is, on balance, not conducive to those portions of the sectors most prized by the central government. The paper emphasizes the difficulties the Chinese political system creates for local government responses to market failure, particularly the inability of local governments to accept firm failure as part of the innovation process, and also suggests that local entrepreneurs “adapt” to the possibility of local support for “false innovation” rather than true innovation.

Margaret Pearson is a professor at the University of Maryland