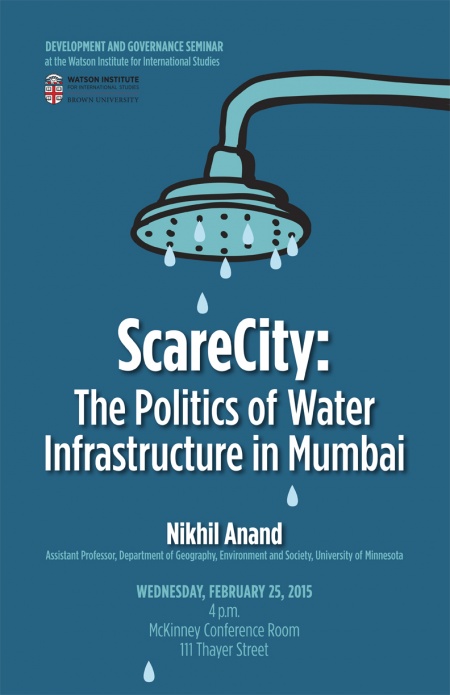 As scholars and policy experts become increasingly concerned with the rapidly growing cities of the Global South, in this paper I draw attention to the dangers of 'scarcity talk' that frequently accompany these accounts of planetary urbanization. Through ethnographic work conducted with city water engineers, and settler communities in Mumbai, India, I first suggest that scarcity talk produces ecologies of fear that are especially powerful in denying water to the city's precarious populations. Second, as precarious populations are not permitted water connections, I attend to the infrapolitical negotiations through which millions of settlers have established access to water in the city. Finally, I demonstrate the limits of infrapolitics by demonstrating how Muslim settlers are being disconnected from the city’s municipal water network. Such attentions to the everyday life water infrastructure reveals how both political authority and urban ecology, substantive citizenship and exclusion are made and managed in vibrant and contested postcolonial cities.

Nikhil Anand is an assistant professor in the Department of Geography, Environment and Society at the University of Minnesota.