Screening of Kings and Extras – Digging for a Palestinian Image 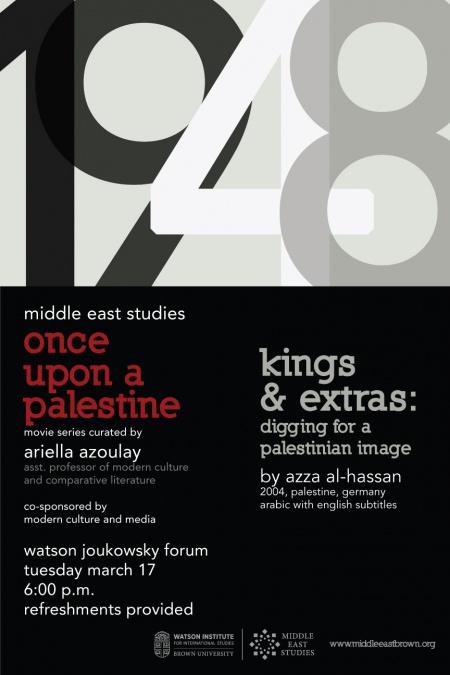 The question what happened to the PLO film archive in particular, and to Palestinians archives in general, moves this film and leads the filmmaker to pursue a long journey that cannot be answered simply. All the semi-answers and speculations raised in the movie – such as the archives being destroyed during the 1982 Israeli invasion of Beirut or confiscated by the IDF – are part of the story and create another Palestinian image in addition to the lost one. The looted Palestinians archives, books, photographs etc. have preoccupied many scholars in the past decade, and this cinematic account is another contribution to the general question of how to address the past whose many records are still held, controlled and monitored by the political regime in place. This quest led al- Hassan to Syria, Jordan and Lebanon – and paradoxically not to Israel – in search of the lost archive.