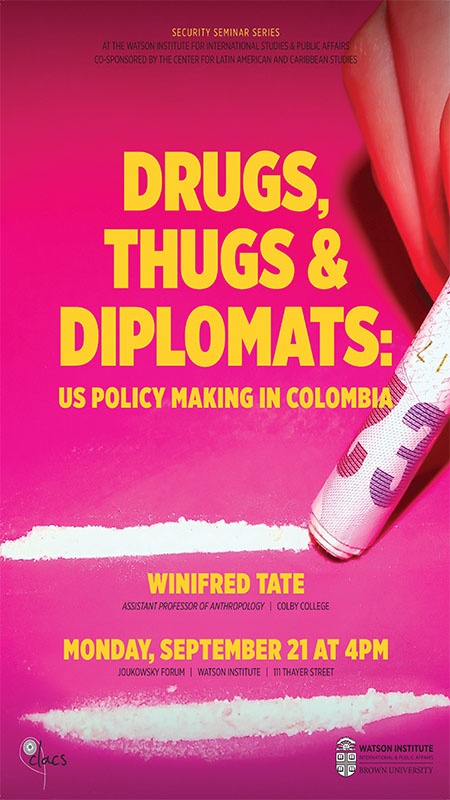 In 2000, the U.S. passed a major aid package to help Colombia do it all: cut drug trafficking, defeat leftist guerrillas, support peace, and build democracy. More than 80 percent of the assistance, however, was military aid, while the Colombian security forces were linked to abusive, drug-trafficking paramilitary forces. Drugs, Thugs, and Diplomats examines the U.S. policymaking process in the design, implementation, and assessment of Plan Colombia. Exploring the practice of foreign policy by the US congressional staff, State Department and Pentagon officials, human rights advocates, and peasant coca farmers, this ethnography examines policymaking as a site of contemporary state formation. Ethnographic inquiry reveals that policy is not a discrete, fixed plan for future political action but rather consists of producing narratives that justify political action in the present and unite disparate bureaucratic projects. I examine how policymakers' utopian visions and emotional entanglements play a profound role in their social transformation efforts abroad, the contradictory consequences of human rights policymaking, and how the targets of US intervention in southern Colombia attempt to shape the policies controlling their destinies.

Winifred Tate is an assistant professor of anthropology at Colby College.

Co-sponsored by the Watson Institute's Security Seminar and the Center for Latin American and Caribbean Studies.