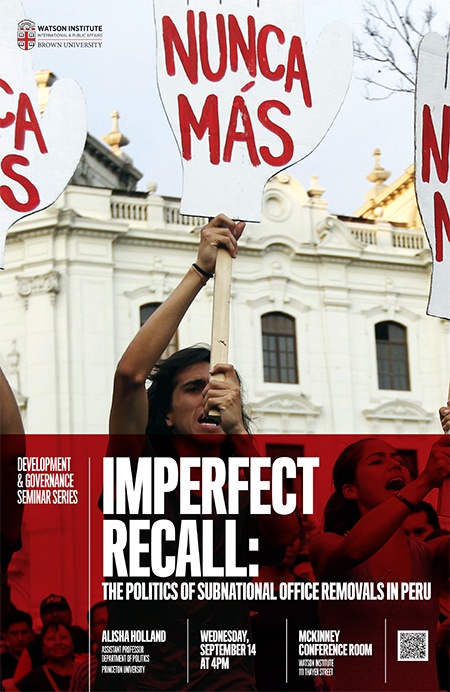 Alisha Holland is an assistant professor in the Politics Department at Princeton University.

Why do some citizens remove the same politicians that they elected from office? This paper examines the use of recall referenda, an increasingly prevalent tool in which citizens collect signatures and vote on whether to remove politicians from office before they complete their terms. We argue that the organizers of recall elections tend to be opposition politicians who see a chance to take power, particularly in contexts where politicians are elected by narrow margins or with a small fraction of votes. Although recall organizers have office-seeking motivations, voters consider how politicians have performed in office in casting their ballots. We test these claims using an original data set on the different stages leading up to office removals in Peruvian municipalities. The results of statistical analysis suggest that local electoral conditions motivate requests to hold recall votes, but actual office removals are most likely when elected politicians fail to govern effectively.