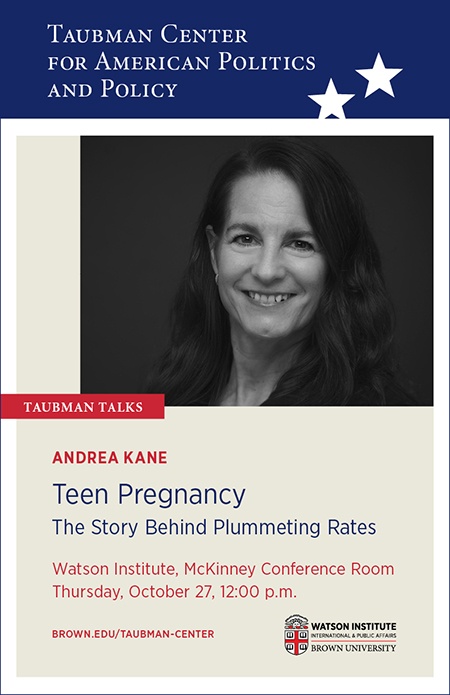 Teen birth rates in the U.S. have declined by more than 60% in the past two decades, one of the most dramatic health and social policy successes in this country. This progress has been wide and deep, though disparities persist. Kane will discuss the role that public policy has played, how different policy levers were used, and what policy actions might maintain the progress.

Andrea Kane is vice president for policy and strategic partnerships at The National Campaign to Prevent Teen and Unplanned Pregnancy, where she oversees the Campaign’s bipartisan public policy efforts, as well as forging strategic partnerships with public and private sector organizations. She has also served at the White House Domestic Policy Council as special assistant to President Clinton, the National Governors’ Association, and at the state and local level. She received a BA from Cornell University and an MPA from the LBJ School of Public Affairs at the University of Texas.