Barkha Dutt – India ─ Pakistan: Can they come back from the brink? 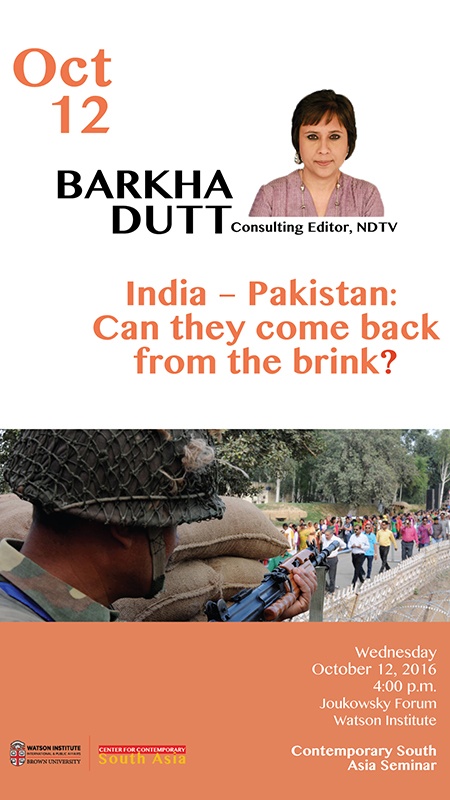 Tensions between India and Pakistan have been on the rise, as Kashmir witnessed yet another summer of unrest and violence. There were long clashes between the armed forces and civilians in the Kashmir valley. There was also a terrorist attack on an Indian army base. Arguing that the militants came from Pakistan, India retaliated with strikes on terrorist camps across the line of control in Kashmir. Where are India-Pakistan relations headed?

More than any other Indian journalist, Barkha Dutt has reported from the ground -- from the Kashmir valley and the international border -- and demonstrated the kind of knowledge rarely seen in the coverage of Kashmir and the Indo-Pak border. She will present her perspective on the current events.

Barkha Dutt is an Indian television journalist and columnist who works as a consulting editor with New Delhi based NDTV. Barkha is the host of the weekly, award-winning talk-show We The People as well as the daily prime-time show The Buck Stops Here.

She emerged as a prominent figure after her frontline war reporting on the Kargil Conflict between India and Pakistan in 1999. Dutt has won many national and international awards, including the Padma Shri, India's fourth highest civilian honour.