The Birth and Development of a New Democracy 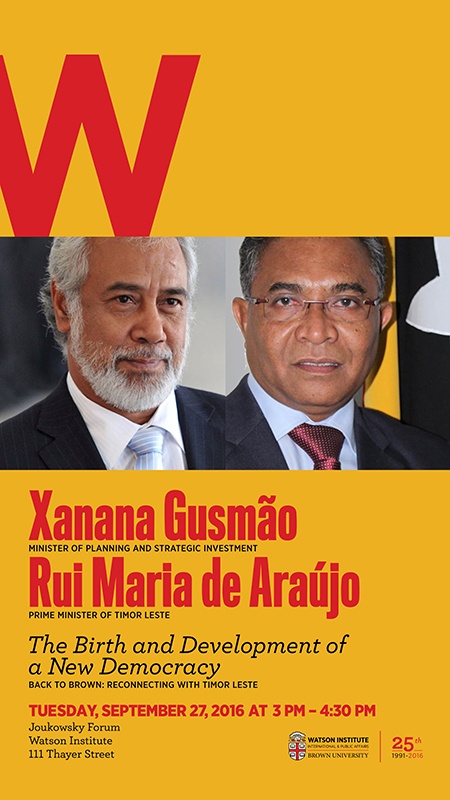 Back to Brown: Reconnecting with Timor-Leste

Brown University was once the campus activism capital of the movement to end the Indonesian occupation and restore democracy to a tiny Southeast Asian country now known as Timor-Leste. With support in the United States and with engagement by the United Nations, fourteen years ago the world welcomed Timor-Leste as its newest, sovereign nation midwifed by the international community to transition from occupation to independence.

Today, Timor-Leste again turns to the community of nations to complete its long journey to independence. From a 20 year strategic development plan to transition from fragility to prosperity, unfinished business with its neighbors Indonesia and Australia to resolve maritime boundaries, and a novel test case of the international system pending under the United Nations Convention on the Law of the Sea, Timor-Leste seeks a fate different than challenged young nations from South Sudan to Libya: real independence, genuine sovereignty, and a new international success story in a time when the global architecture is challenged as never before.

One of Timor-Leste's founding fathers, Minister Xanana Gusmao, and the country's prime minister, Rui Maria de Araujo, will visit Brown University and the Watson Institute to talk about the work of building a young democracy and achieving sustainability for the long term.