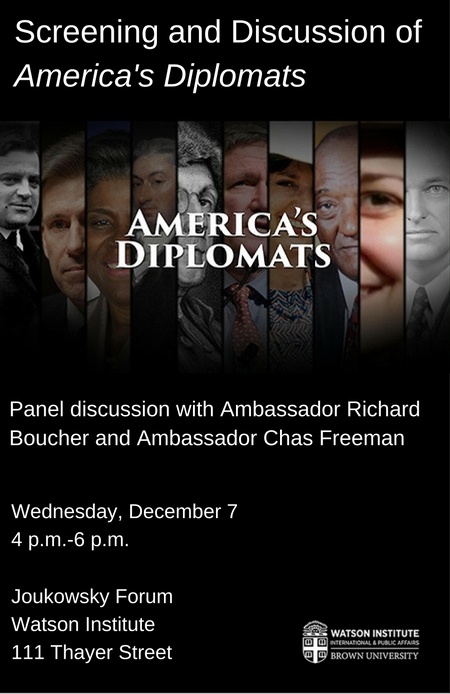 From Ben Franklin to Benghazi, America's Diplomats takes you inside the Foreign Service and behind the scenes of U.S. Foreign Policy. Discover the role our diplomats play in shaping American history. Uncover the origins of our Foreign Service, and the danger American diplomats face far from home.

Ambassadors Chas Freeman and Richard Boucher will discuss the role of America's diplomats in American foreign policy today and how that role could change under President-elect Trump. Professor Jo-Anne Hart will moderate the discussion following the screening.