Film Screening - If Only I Were That Warrior 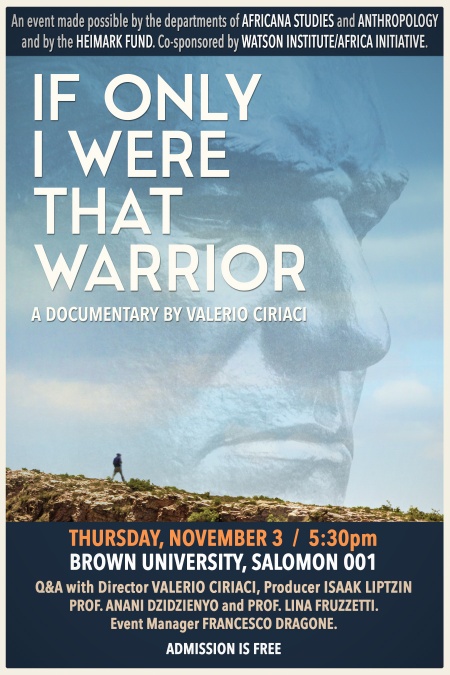 The event is free and open to all.

If Only I Were That Warrior, a feature documentary film focusing on the Italian occupation of Ethiopia in 1935. Following the recent construction of a monument dedicated to Fascist general Rodolfo Graziani, the film addresses the unpunished war crimes he and others committed in the name of Mussolini’s imperial ambitions. The stories of three characters, filmed in present day Ethiopia, Italy and the United States, take the audience on a journey through the living memories and the tangible remains of the Italian occupation of Ethiopia — a journey that crosses generations and continents to today, where this often overlooked legacy still ties the fates of two nations and their people.

Co-sponsored by the Africa Initiative/Watson Institute and made possible by the departments of Africana Studies and Anthropology and by the Heimark Fund.