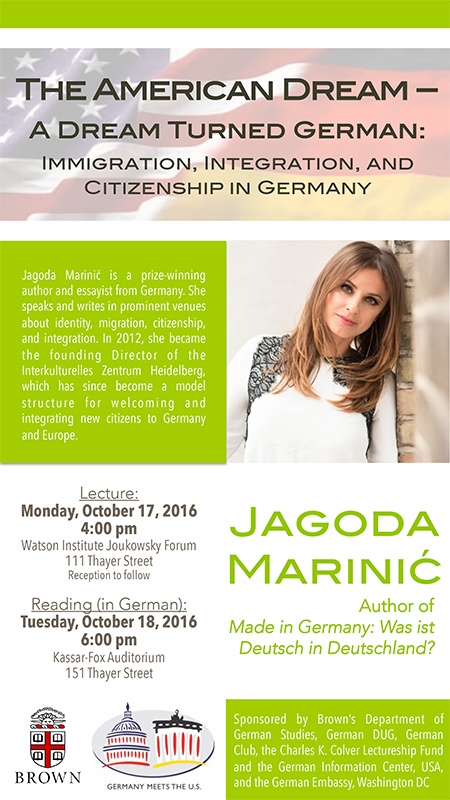 Jagoda Marinić will discuss the progress of integration in Germany, an issue becoming more important and more pressing every day.

Marinić is a prize-winning author and essayist from Germany. She has what is often called a “immigration background,” her parents emigrated from Dalmatia in Yugoslavia to Germany in the 1960s. She herself was born in Germany, became a German citizen, and speaks and writes in prominent venues about identity, migration, citizenship, and integration. Her novels carry similar themes and are highly regarded. In 2012, she became the founding Director of the Interkulturelles Zentrum Heidelberg, which has since become a model structure for welcoming and integrating new citizens to Germany and Europe. She holds a degree from Heidelberg University in Political Science, German and American Literature. Her latest book, released in German, is called Made in Germany. What's German in Germany?

Sponsored by the German Studies Department.