Marc Hertzman – The Death of Zumbi: Suicide, Slavery, and History in Brazil and the Black Atlantic 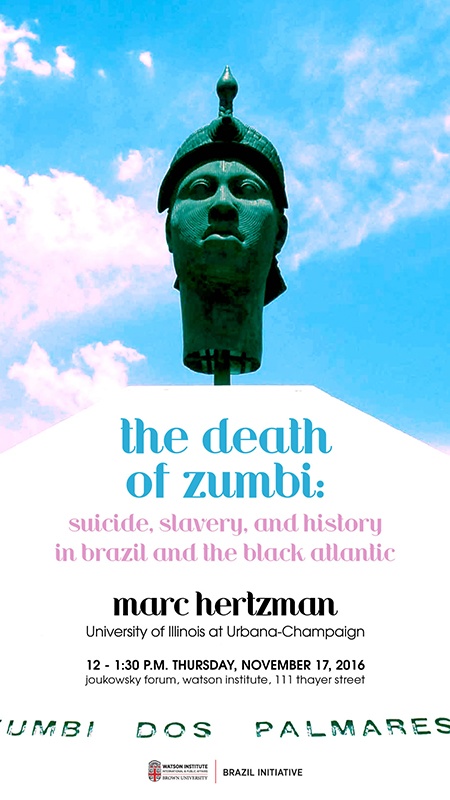 At the end of the seventeenth century, Zumbi, the last leader of Palmares, Brazil’s iconic runaway slave community, died. For centuries, his death was cast as a heroic suicide, but historical documents show that he was, in fact, killed by colonial forces, who then decapitated his corpse and posted the head in public. This paper explores the different meanings that diverse actors have attached to Zumbi’s death and asks what each reveals about suicide, slavery, history, and race. Why do some parties cling to the suicide legend, and why do others insist on repeatedly debunking it? What can the struggles to define Zumbi’s death tell us about the trajectory and formation of modern Brazil and its racial mythologies?