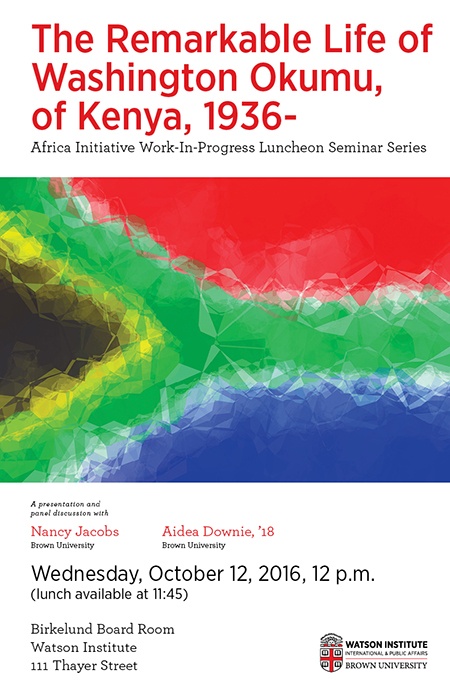 The Kenyan Washington Okumu is credited for succeeding where Henry Kissinger failed, by mediating the final agreement between the major parties in South Africa before the 1994 elections. The eleventh-hour inclusion of the Inkatha Freedom Party is credited with ending the pre-election crisis. Mandela's peaceful presidency owes a lot to Okumu. How did he manage this? Professor Nancy Jacobs (History) and Aidea Downie (Brown '18) interviewed him in Kenya in June. Rather than a story of Pan-African solidarity or diplomatic finesse, we learned about decades of secret associations with the US, the UK, and Apartheid South Africa that made him the man to throw a lifeline to Inkatha.