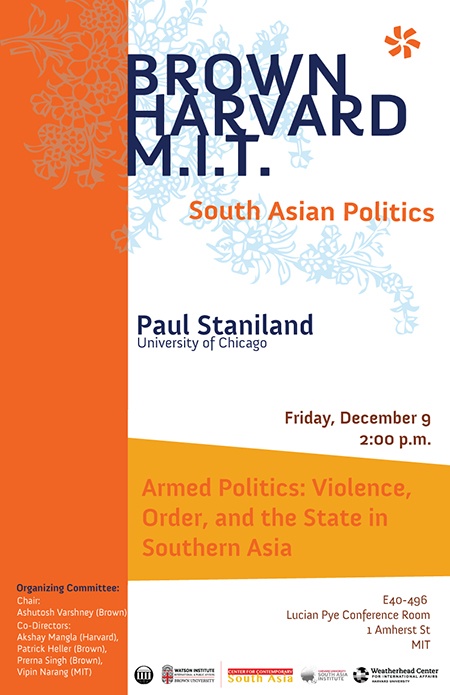 Paul Staniland is an assistant professor of political science at the University of Chicago, where he codirects the Program on International Security Policy. He is a cofounder of the Program on Political Violence. His research focuses on political violence, international security, and state formation, primarily in South and Southeast Asia. His book, Networks of Rebellion: Explaining Insurgent Cohesion and Collapse, was published by Cornell University Press in 2014. He is currently writing a book about armed politics and the state in southern Asia.

Hosted by the MIT Center for International Studies.