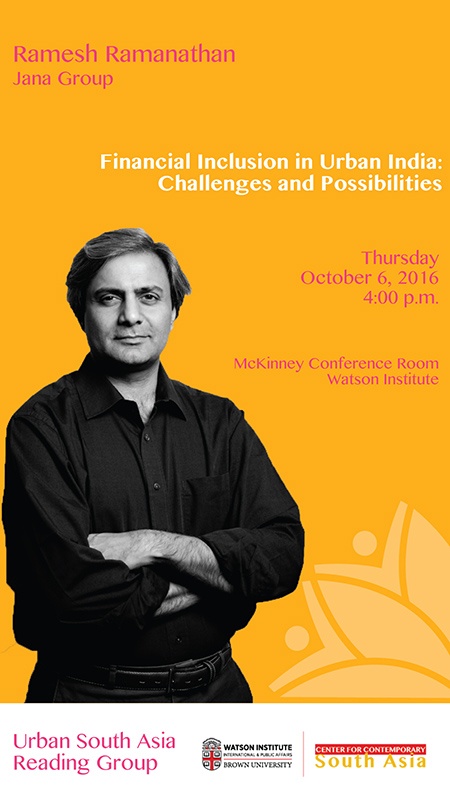 Ramesh Ramanathan is a social entrepreneur, and works on urban issues in India. He is co-founder of Janaagraha Centre for Citizenship and Democracy, a non-profit focused on transforming quality of life in Urban India. He is also Chairman of Janalakshmi Social Services, a not-for-profit social business holding company that has promoted enterprises in urban financial inclusion and urban affordable housing.

Ramesh works closely with government on urban issues in a pro-bono capacity. His current positions include being the National Technical Advisor, Government of India for the Jawarharlal Nehru National Urban Renewal Mission, the country’s flagship urban mission. Prior to his social initiatives, Ramesh held leadership positions with Citibank in New York and London, in the bank’s capital markets business. Ramesh has an MS in Physics from BITS Pilani, an MBA from Yale University and a CFA from AIMR. In 2007, he was chosen as a Young Global Leader by the World Economic Forum.

Ramesh Ramanathan and Swati Ramanathan will join CCSA during October 2016.