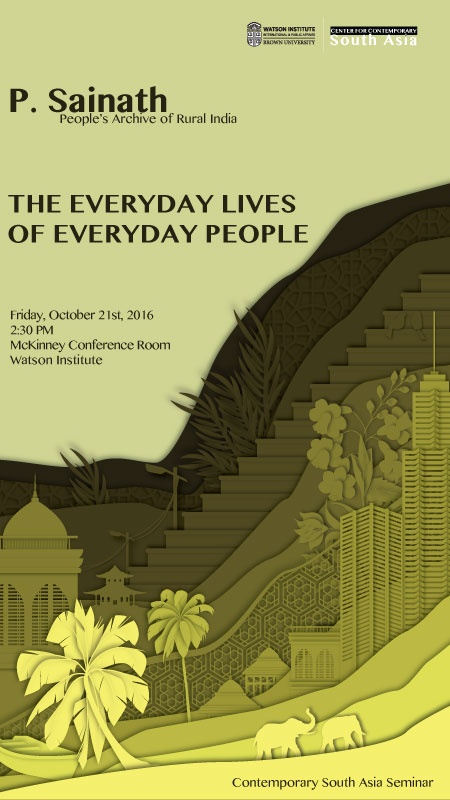 Palagummi Sainath is an Indian journalist and photojournalist who focuses on social & economic inequality, rural affairs, poverty and the aftermath of globalization in India. He was the Rural Affairs Editor at The Hindu before resigning in 2014. Amartya Sen has called him "one of the world's great experts on famine and hunger". Since late 2011, he has been working on People's Archive of Rural India (PARI), for which he is the Founding Editor.