Syed Akbaruddin – Is India doing enough at the United Nations in the New Century? 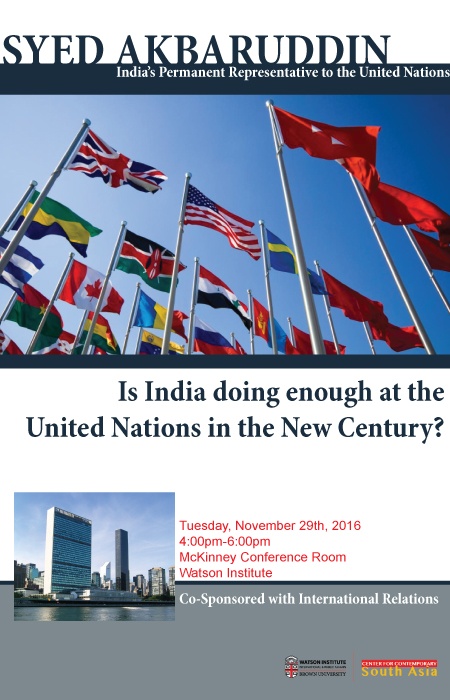 Syed Akbaruddin is an Indian Foreign Service officer serving as India's permanent representative at the United Nations since January 2016.

Akbaruddin is a 1985 batch civil servant. At the International Atomic Energy Agency in Vienna, he was on deputation for four years and returned to India in 2011. He is considered an expert on the West Asia issues in India and has served in various capacities in that region including consul-general at Jeddah from 2000 to 2004. He was the director at the Foreign Secretary's Office of the Ministry from 2004 to 2005.