Manfredi Merluzzi – The Peruvian Viceroyalty and the Spanish Monarchy: Global Strategies in the Age of Philip II and the Rule of Francisco de Toledo (1569-1580) 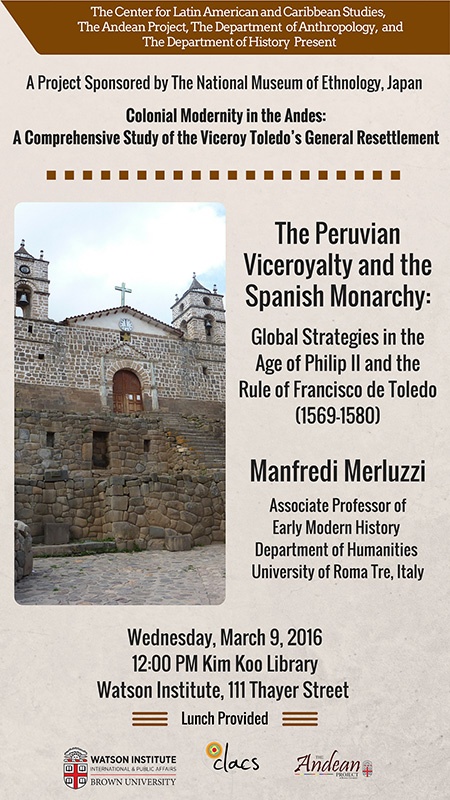 This presentation considers the reforms of the 5th viceroy of Peru, Francisco de Toledo, in the context of the Spanish Monarchy’s global strategies during the late 16th century. In the transition from the rule of Charles V to that of his son and heir, Phillip II, there were many important structural changes that affected all of the kingdoms and possessions under the Spanish Monarchy’s control. I compare Toledo’s reforms with similar reforms in other Spanish dominions, both in Europe and the Americas, in order to clarify how they were influenced by the specificities of the Andean world and Toledo’s choices. I argue that Toledo’s reforms in Peru should be seen as part of a broader worldwide strategy developed by the Crown of Castile, in which the role of the viceroy himself was indubitably influential and decisive, but less autonomous than traditional historiography has considered.