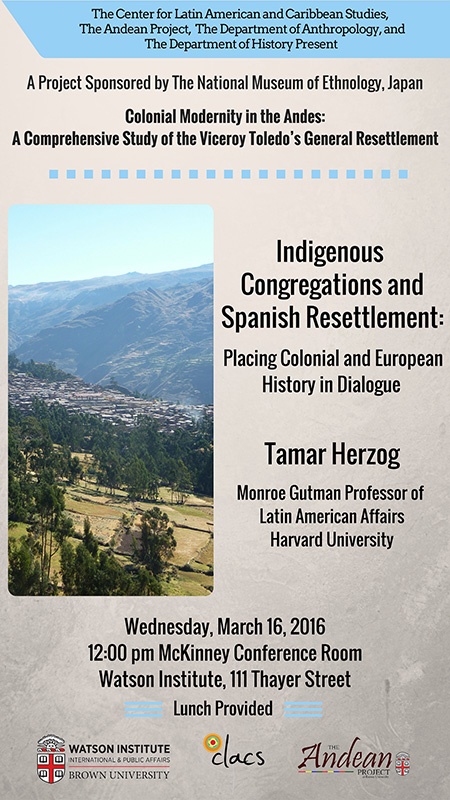 This lecture places Spanish efforts to congregate the native population of the Americas in the context of similar struggle to resettle Spaniards in both the Old and the New World. Asking what resettlement was and why it was important, it argues that for contemporary Spaniards at stake were not material issues such as where or how one lived but instead the conviction that those who were not integrated in self-governing local communities were unruly and uncivilized. They were also the quintessential foreigners in a universe in which being a Spaniard depended on local insertion. The conclusion addresses the need to integrate colonial with European history.