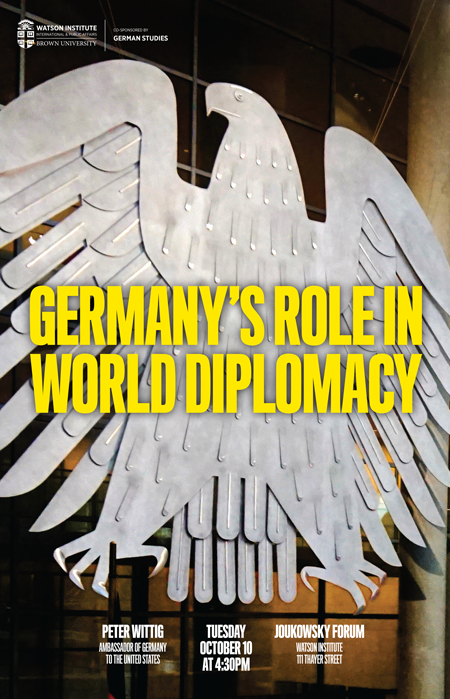 Speaking two weeks after Germany's national election, Peter Wittig, German Ambassador to the U.S., will discuss the current relationship between these two allied nations, and Germany's role on the international stage.

Wittig joined the German Foreign Service in 1982. He has served at the Embassy in Madrid; as private secretary to the Foreign Minister at the headquarters, then located in Bonn; and as Ambassador in Lebanon and in Cyprus. He was the German Government Special Envoy on the “Cyprus question” (the division of Cyprus). He has acquired extensive knowledge of the Middle East.

Before starting his career in the German Foreign Service, Wittig studied history, political science, and law at Bonn, Freiburg, Canterbury, and Oxford universities and taught as an assistant professor at the University of Freiburg.

Co-sponsored by German Studies and the Watson Institute.