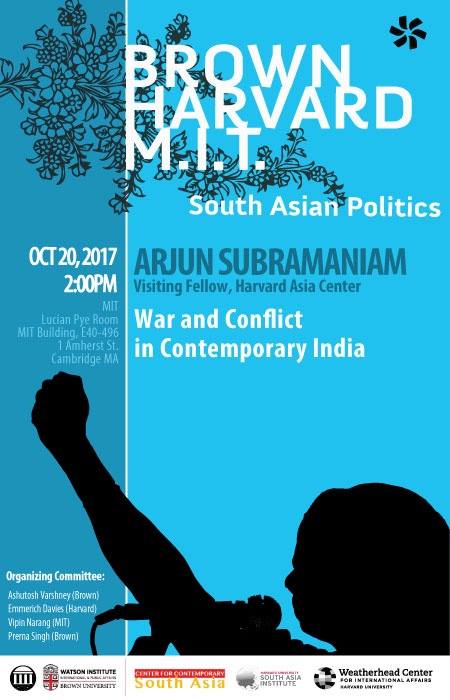 Air Vice Marshal Arjun Subramaniam (Ret.) is a fighter pilot-scholar author who recently retired from the Indian Air Force after 36 years in uniform. He is an experienced fighter pilot with command, staff and instructional experience. A P.h.D in Defence and Strategic Studies from the University of Madras, India, he is a prolific writer, strategic commentator, and military historian and writes in the public domain for reputed journals, magazines and newspapers. He is the author of three books including the well-received India’s Wars: A Military History 1947- 1971 that has been published in India by Harper Collins and has been recently published in the US by the US Naval Institute Press. His other books are titled Reflections of an Air Warrior and Wider Horizons: Perspectives on National Security, Air Power & Leadership. He is currently a Visiting Fellow at the Harvard Asia Center to research and write the sequel to his book on war and conflict in contemporary India (1972-2015). He is also a Non-Resident Senior Fellow at the Mitchell Institute for Aerospace Power Studies in Washington D.C and a contributing editor at The Print, an online news and opinion platform.