Benny Morris ─ The Creation of the Palestinian Refugee Problem, 1947-1949 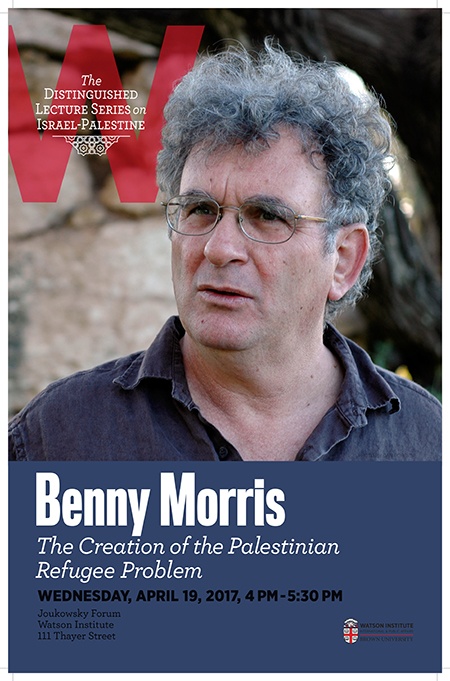 In the lecture, Benny Morris will talk about the preconditions for the creation of the problem; its causes; Zionist and Arab policies relating to the issue; the stages in the emergence of the problem; and its consequences, short and long-term.

Benny Morris was born in Israel in 1948 and grew up in Jerusalem and New York. He did IDF service (1967-1969), and a BA at the Hebrew University and a Ph.D., in modern European history, at Cambridge University. He worked as a journalist in The Jerusalem Post between 1978 and 1990 and since 1997 has been a professor of history in Ben-Gurion University n Beersheba, Israel. Since 2015 he has been a visiting professor of Middle East history at Georgetown University.

He has published a number of books on the Arab-Israeli conflict, including 1948, A History of the First Arab-Israeli War (2008); Righteous Victims (1999); and The Birth of the Palestinian Refugee Problem Revisited (2003), and for the past seven years has been working on a book on Turkish-Christian relations 1878-1924.

He has published articles in academic journals and popular publications, including The New York Times, The New Republic, The New York Review of Books, Newsweek, The Guardian, Corriere della Sera, Haaretz, etc.