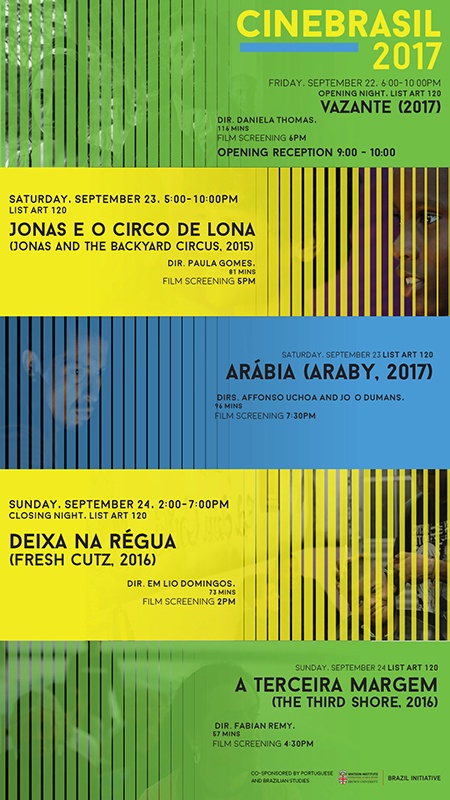 CineBrasil is an annual film festival that highlights some of the best works in recent Brazilian cinema. This year CineBrasil will include documentaries and feature length films of great artistic quality, some of which are virtually unknown outside of Brazil and touch on subjects such as race and gender, childhood and adolescence, hairstyling culture and indigenous history.

Note that though many trailers do not have English subtitles, all of the films will be subtitled.

Born in a traveling circus but living in the sprawling city of Salvador, Jonas tries his best to keep the big tent going in his small backyard.

In an old aluminum factory, a teenager finds the diary of a worker killed in an accident, a window into the last decade of his life.