The Dialogue: Islam and Malaysia 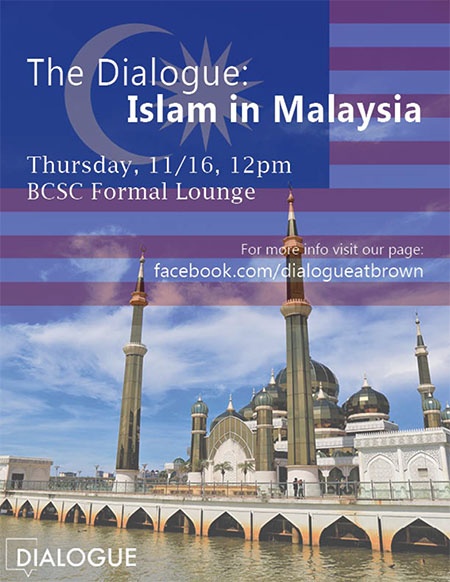 Brown Center for Students of Color

Malaysia is a multi-national and multi-confessional country. However, it is self-described as "a secular state with Islam as the official religion," and the ethnic majority of the country are Malays who are Muslim by the Constitution. In the current political situation, this peculiar status of Islam has been used to justify political and economic discrimination against the non-Muslim ethnic minorities. Is it possible to preserve ethnic and religious equality in the country where Islam is the official religion? Can an official religion exist without becoming an instrument of oppression? How can Malaysia move forward to foster diversity and inclusivity, while preserving its culture and traditions? Or is Malaysia just another instance of the world's tendency towards the rise of the conservative movements?

Join the Dialogue community, two speakers from Malaysia, and a speaker from the Brown Muslim Students Association for lunch and discussion.

Sponsored by the Southeast Asian Studies Initiative (SEASI) and The Dialogue