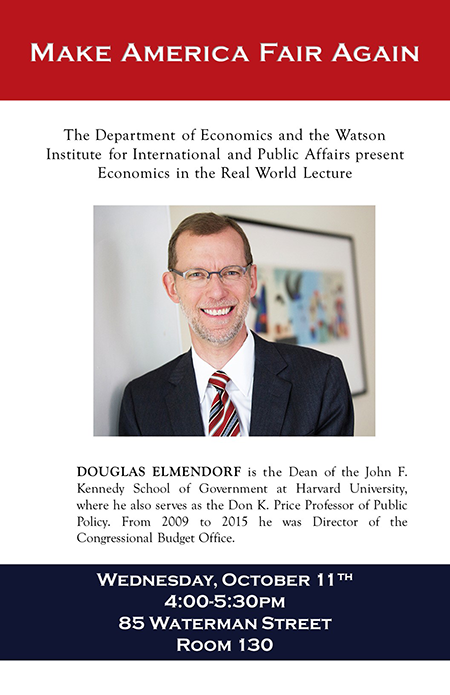 Douglas W. Elmendorf is Dean of the John F. Kennedy School of Government at Harvard University, where he also serves as the Don K. Price Professor of Public Policy.

Doug Elmendorf served as the director of the Congressional Budget Office from January 2009 through March 2015. Prior to joining CBO, he was at Brookings, where he was a senior fellow, the Edward M. Bernstein Scholar, and the director of The Hamilton Project. He was previously an assistant professor at Harvard University, a principal analyst at CBO, a senior economist at the White House’s Council of Economic Advisers, a deputy assistant secretary for economic policy at the Treasury Department, and an assistant director of the Division of Research and Statistics at the Federal Reserve Board. In those positions, he worked on budget policy, health care issues, the macroeconomic effects of fiscal policy, Social Security, income security programs, financial markets, macroeconomic analysis and forecasting, and other topics.

Co-sponsored by the Department of Economics.