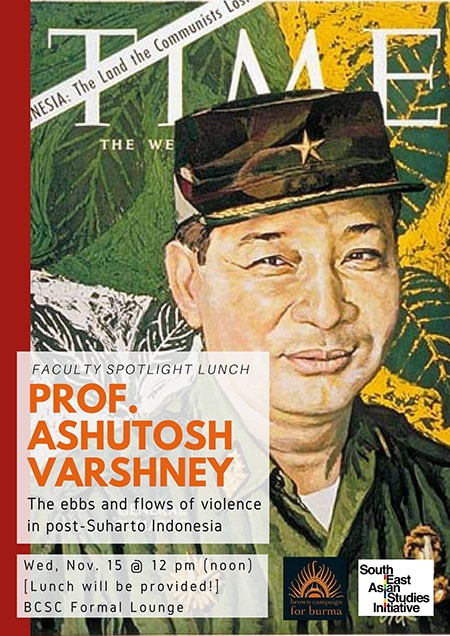 Professor Ashutosh Varshney will be speaking on the “ebbs and flows” of violence in post-Suharto Indonesia.

Professor Ashutosh Varshney will be speaking about the nature of violence in post-Suharto Indonesia, drawing on his seminal research on the emergence of group violence in Indonesia since the end of Suharto’s New Order (1966-1998). He is the Sol Goldman Professor of International Studies and the Social Sciences at Brown University, where he also directs the Center for Contemporary South Asia. Previously, he taught at Harvard and the University of Michigan, Ann Arbor. His academic articles have appeared in the leading journals of political science and development. His honors include the Guggenheim, Carnegie, Luebbert and Lerner awards. He is a contributing editor for Indian Express, and his guest columns have appeared in many other newspapers. He served on the UN Secretary General Kofi Annan’s Task Force on Millennium Development Goals, and has also served as adviser to the World Bank and United Nations Development Program (UNDP).