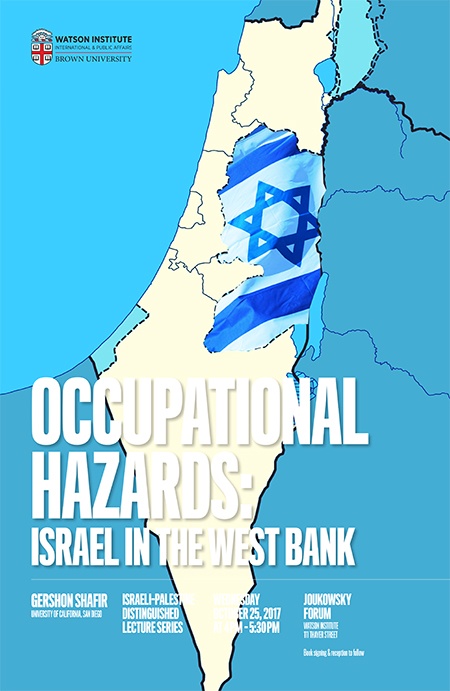 This talk raises the two burning questions in this 50th anniversary of the 1967 War. First, “Is the presence of Israel’s military and settlers in the West Bank an occupation?” An answer leads us to both international and domestic legal conundrums and the everyday life experience of Palestinian inhabitants. Second, “Is the Israeli settlement enterprise reversible?” As part of a feasibility study of the two-state solution, Gershon Shafir will focus on such issues as the percentage of land taken up by Israeli settlements and their layout, the demographic ratio of Israeli Jews to Palestinians, etc. Instead of viewing the settlements as a single-minded undertaking, Shafir highlights and examines the ramifications of their diverse character.

Gershon Shafir is Distinguished Professor in the Department of Sociology at the University of California, San Diego. He has served as President of the Association for Israel Studies in 2001-2003 and is the author or editor of ten books, among them Land, Labor, and the Origins of the Israeli-Palestinian Conflict, 1882–1914. He is also the coauthor, with Yoav Peled, of Being Israeli: The Dynamics of Multiple Citizenship, which won the Middle Eastern Studies Association’s Albert Hourani Award in 2002, and the coeditor, with Mark Levine, of Struggle and Survival in Palestine/Israel, a collection of life histories. His new book is A Half Century of Occupation: Israel, Palestine and the World’s Most Intractable Conflict.