Ivor Chipkin ─ Does Democracy have a Future in South Africa? ‘State Capture’ and Elite Politics 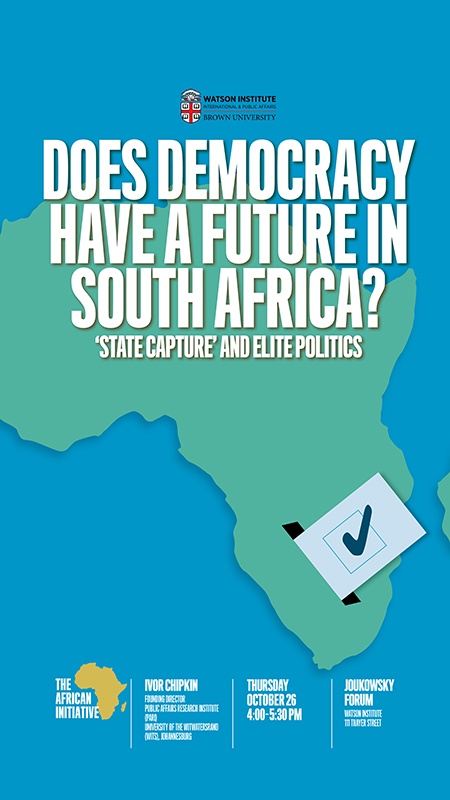 Ivor Chipkin is the founding director of the Public Affairs Research Institute (PARI), based at both the University of the Witwatersrand (Wits) in Johannesburg and the University of Cape Town. He is an Associate Professor at Wits and a Senior Associate Member at St Anthony’s College at the University of Oxford. He completed his Ph.D. at the Ecole Normale Superieure in France and published ‘Do South Africans Exist’ in 2007,  the first attempt to engage with the political concepts undergirding African Nationalism in South Africa. In May this year, he and several colleagues published ‘Betrayal of the Promise’, a report on ‘state capture’ in South Africa that has had an important political and intellectual impact in South Africa and elsewhere. He is currently involved in a campaign to democratize and professionalize the civil service.