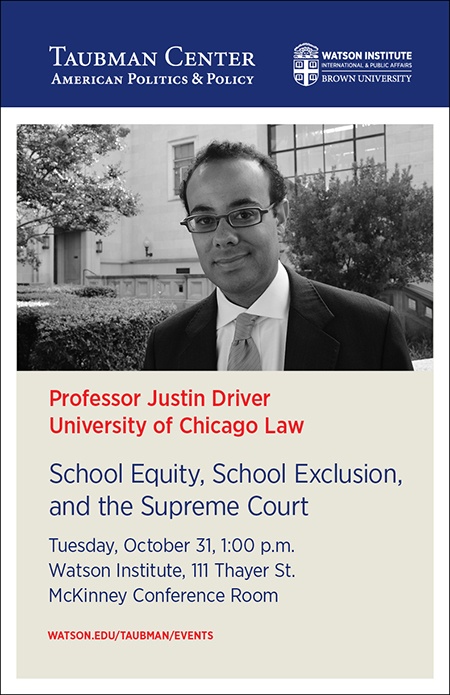 The Harry N. Wyatt Professor of Law at the University of Chicago Law School, Justin Driver received his undergraduate degree from Brown University, a master's degree in teaching from Duke University, and a master's degree in modern history from Magdalen College, University of Oxford, where he studied as a Marshall Scholar. In 2004, he graduated from Harvard Law School, where he was an Articles Editor and Book Reviews Chair of the Harvard Law Review. Driver served as a law clerk to Judge Merrick B. Garland, United States Court of Appeals for the District of Columbia Circuit, and Justice Sandra Day O'Connor and Justice Stephen Breyer of the Supreme Court of the United States.