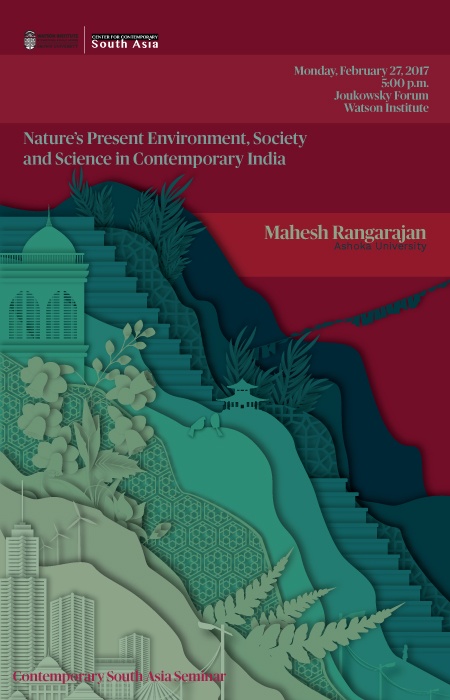 Mahesh Rangarajan is a professor History and Environmental Studies at Ashoka University. Rangarajan has a BA in History from the University of Delhi. He has an MA and PhD from Oxford University where he was a Rhodes Scholar.

He has been Professor in Modern Indian History at the University of Delhi and also taught at the universities of Cornell and Jadavpur and at the National Centre for Biological Sciences, Bengaluru. He has also served as Director of the Nehru Memorial Museum and Library, New Delhi.

His first book, Fencing the Forest was published in 1996. His most recent work is Nature and Nation (2015).