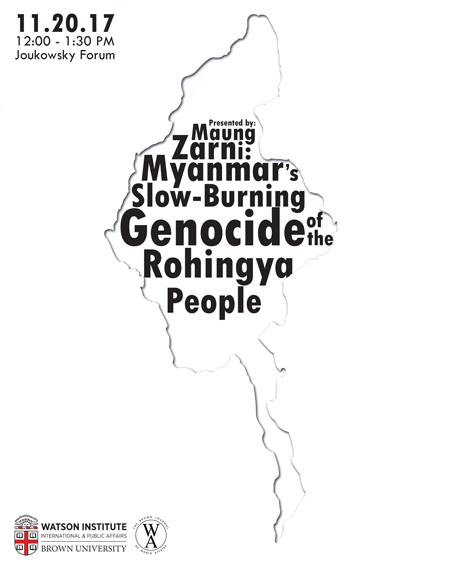 Maung Zarni will discuss the ongoing state-sanctioned violence against Rohingya people in Burma, which he argues has been facilitated by the complicity of the international community.

Maung Zarni, a longtime Burmese human rights activist, is a non-resident research fellow with the Documentation Center of Cambodia. He has written extensively on Burmese affairs, including democratic transition, peace processes, transnational activism, Islamophobia, and Rohingya genocide. Dr. Zarni has organized numerous international conferences on the plight of Rohingyas, and he initiated the Permanent Peoples’ Tribunal on Myanmar in 2013. As a PhD student, he founded the pioneering internet-based Free Burma Coalition in 1995.