Nicola Perugini – "Hospitals-shields": The Italo-Ethiopian War and the Global Transformation of International Law 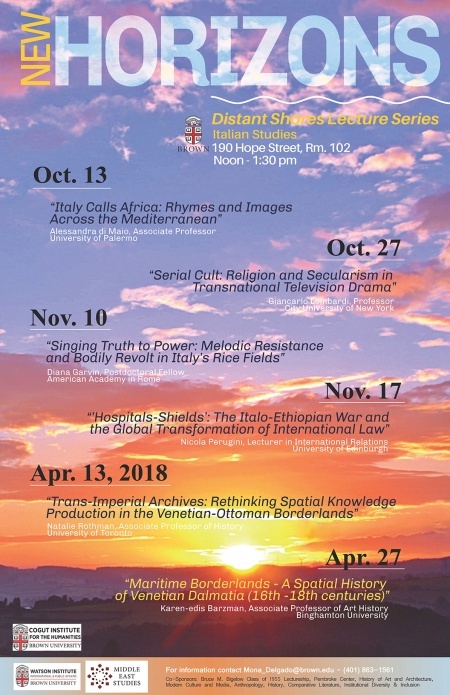 Italy’s colonial aggression of Ethiopia (1935-1936) is often described one of the first violations of international law against a colony. While many scholars—mainly in response to the emergence of Italian historical revisionist theories—have unearthed invaluable documentation on the infringement of the norms concerning the prohibition of the use of gas, less attention has been paid to the systematic bombardment of several Red Cross hospitals by the Italian army. The fascist regime, not unlike many contemporary political regimes which are systematically bombing medical facilities, legitimised its targeting of hospitals arguing that the Red Cross was used as a human shield. The Ethiopian anti-colonial insurgents were accused of hiding behind the Red Cross emblem—thus violating and blurring one of the pillars of international law: the principle of distinction between medical and military facilities. This presentation will interrogate the meaning of the Italian bombings against hospitals, the claims of Ethiopian shielding, and their contemporary echoes on the global transformation of international law.

Nicola Perugini is lecturer in international relations at the School of Social and Political Science, University of Edinburgh. He has published articles on embedded anthropology, asylum seekers, humanitarianism, politics of the gaze, law and spatial practices, and settler colonialism in a number of scholarly journals. With co-author Neve Gordon, Perugini has published The Human Right to Dominate (Oxford, 2015). His writings have appeared also in Al Jazeera English, Counterpunch and The London Review of Books. Perugini collaborates with DAAR (Decolonizing Architecture Art Residency, Palestine) and has also collaborated with the research project "Forensic Architecture" (Goldsmiths, University of London). He has worked as a consultant for Unesco in Palestine and he is the co-recipient of the 2011 Melina Mercouri International Prize the Safeguarding and Management of Cultural Landscapes.