Nile Green – The Afghan Discovery of Buddha: Towards a Transnational Intellectual History 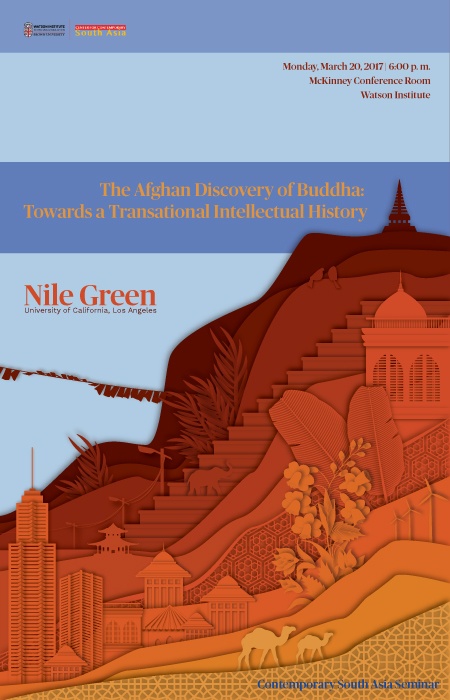 Primarily a historian of the Muslim communities of South Asia (India, Pakistan) from the eighteenth to the early twentieth centuries, Professor Nile Green also specializes in the wider 'Persianate' world, including Afghanistan, Iran, and the Indian Ocean region. By training a historian of religion, he has worked extensively on the history of Sufism and other traditional modes of Islamic learning and organization. His work has ranged from the forms of Islam which evolved among the tribal societies of early modern Afghans to the intersection of religion and colonial service among the Muslim soldiers of the British Empire. His more recent work has expanded into nineteenth century intellectual interchange between Asia and Europe, Muslim travelers in Britain, Indian Ocean studies, and the history of the 'Islamic' book.