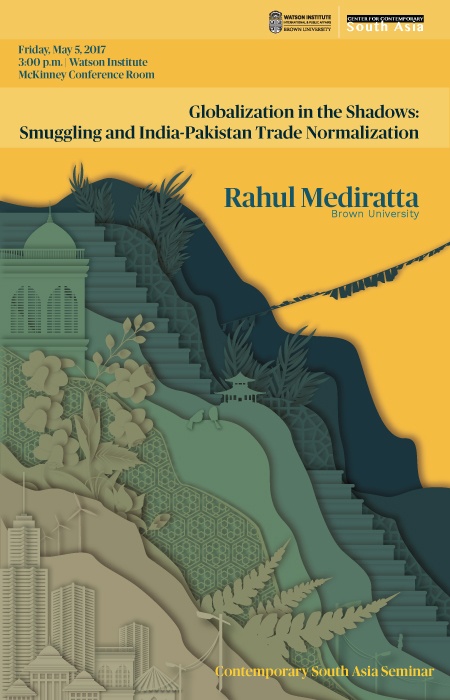 Rahul Mediratta is a postdoctoral fellow at the Watson Institute. He holds a PhD and an MA in Political Science, both from Northwestern University, an MSc in Comparative Social Policy from Oxford University as a Commonwealth Scholar, and a BHS in Health Policy from York University in Canada.

Mediratta examines grey markets – referring to smuggling in commercial items – and its effects in areas such as security and development.  For his current book project, Mediratta interviewed smugglers, industry officials, state officials, and influential economistic networks in India, Pakistan, Dubai, and Taiwan.  His extensive field visits included economic zones, trade expos, and region-wide economistic events.  His publications appear in Foreign Affairs, the Oxford Handbook on India's National Security (forthcoming), and with the Indian Council for Research on International Economic Relations.