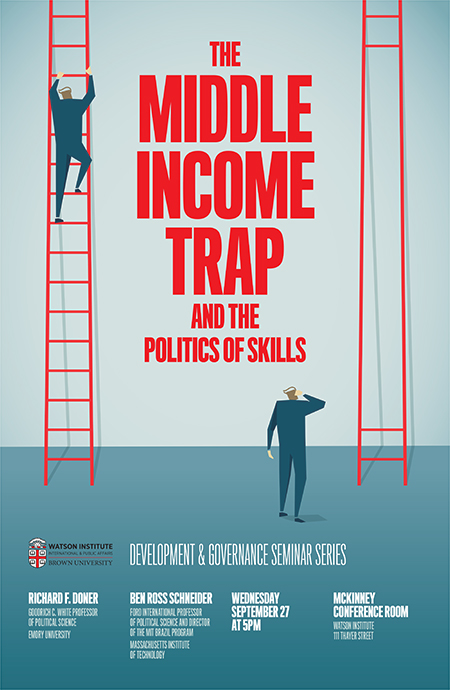 Since the mid-2000s, economists in both academia and development multilaterals have drawn increasing attention to the middle-income (mi) trap, especially in Southeast Asia and Latin America. Their writings have been valuable in identifying and defining the trap, in exploring its proximate sources (especially productivity slowdowns), in recommending policy remedies (such as improvements in human capital), and in highlighting the importance of broad political coalitions to implement such remedies. Why then—if experts and leaders are aware of the weaknesses of their economies, if they can identify the policies required to improve productivity, and if they recognize the need for broad support and engagement—has it been so difficult to move forward? In probing this question, we find that the existing analyses simply do not explain precisely why there is a trap. We propose that one answer to the puzzle is to get at how today’s middle-income economies are different from their predecessors. And yet, as Shekhar Aiyar and colleagues conclude in their survey of the debate, “there is virtually no theory about why and how middle-income economies may be different. In our view, the absence of such a theory reflects the neglect of the political economy bases of the middle-income trap. To address this considerable gap, we argue for a deeper appreciation of the challenges inherent in upgrading policies, of the institutions required to address these challenges, and, most critically, of the political obstacles to developing such institutions.