Romano Prodi ─ The Future of Europe in the Wake of Brexit 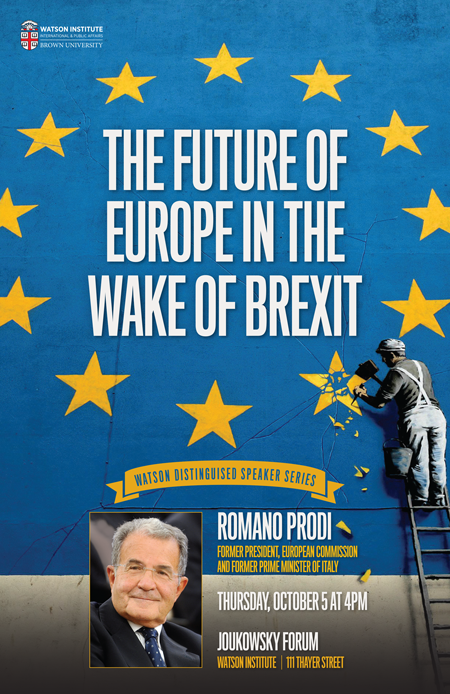 Romano Prodi, former prime minister of Italy, is an adjunct professor of international and public affairs at the Watson Institute. In addition to serving two terms as Italy's prime minister, he has served as president of the European Commission, among other official positions. He is also a distinguished scholar, having served as professor of industrial organization and industrial policy at the University of Bologna's Faculty of Political Science. Prodi earned economics and law degrees from the Catholic University of the Sacred Heart in Milan.