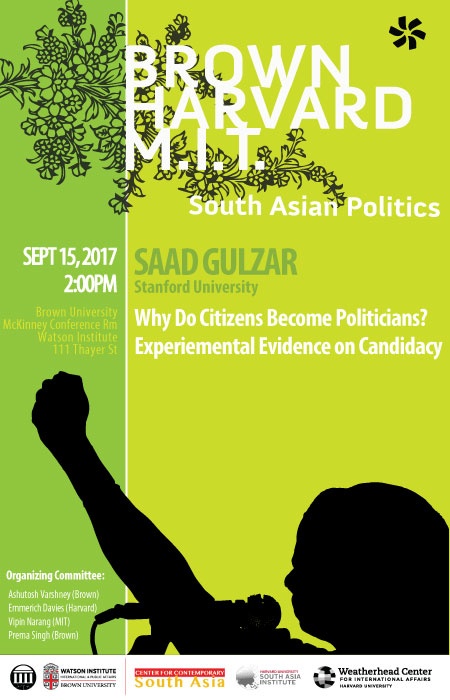 Saad Gulzar is an Assistant Professor of political science at Stanford University. His research interests lie in the political economy of development and comparative politics, with a regional focus on South Asia. He explores the determinants of politician and bureaucratic effort toward citizen welfare. His work has been published in the American Political Science Review and been supported by grants from the International Growth Center, the Jameel Abdul Latif Poverty Action Lab’s Governance Initiative, the World Bank, and the American Institute of Pakistan Studies.

He is a junior fellow at the Association for Analytical Learning about Islam and Muslim Societies, a research fellow in political economy at the Center for Economic Research in Pakistan, and an affiliate of the Consortium for Development Policy Research. He received his Ph.D. in Political Science at New York University.