Screening and discussion of Hell on Earth with Sebastian Junger 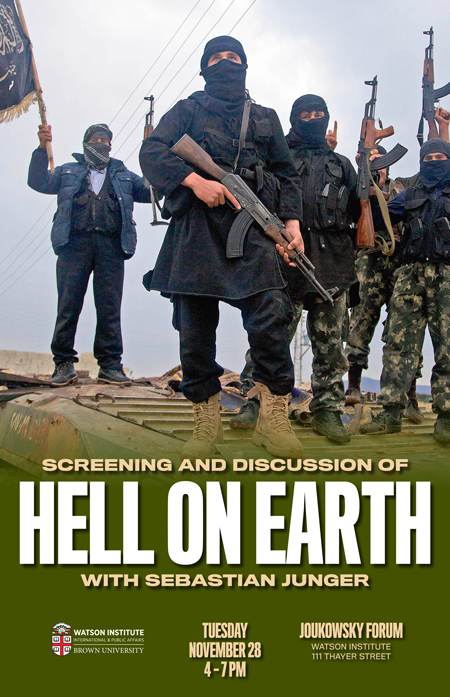 In the riveting new documentary Hell on Earth: The Fall of Syria and the Rise of ISIS from National Geographic Documentary Films, filmmakers Sebastian Junger and Nick Quested meticulously identify the forces that led to the deadly conflict in Syria and facilitated the rise of the radical Islamists who are now organizing and inspiring terrorist operations around the world.

Rose McDermott will lead a discussion with Sebastian Junger following the screening.