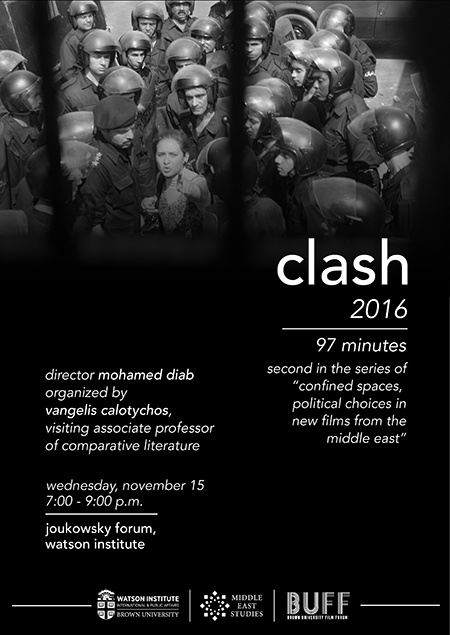 Clash is a 2016 internationally co-produced drama film directed by Mohamed Diab. It was officially selected by the 2016 Cannes Film Festival and was the opening film of the Festival's Un Certain Regard section that year. It was selected as the Egyptian entry for the Best Foreign Language Film at the 89th Academy Awards but it was not nominated. It won the award for Best Film at the 2016 International Film Festival of Kerala.

Set just after the political events of June 2013, the film is shot entirely in the confines of a police van containing Muslim Brotherhood members and pro-army supporters, as well as other people belonging to neither of these factions.