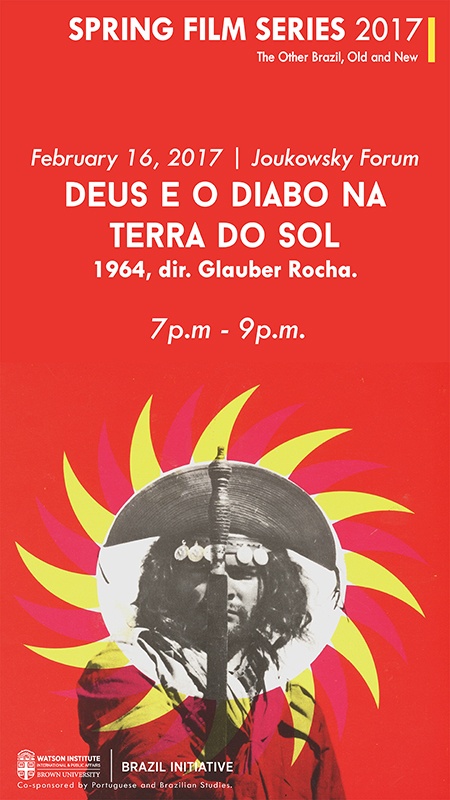 Glauber Rocha's legendary depiction of messianic fervor in the Bahian backlands, operatically intertwining references to the slaughter of the Canudos War, the immemorial desperation of the country's peasants, and the workings of law and violence, is a monument in the history of Brazil's Cinema Novo. Named one of the ten best Brazilian films of all time by the Brazilian Association of Film Critics. Rleased in 1964.