Screening of Terra deu, terra come (The Earth Giveth, the Earth Taketh Away) 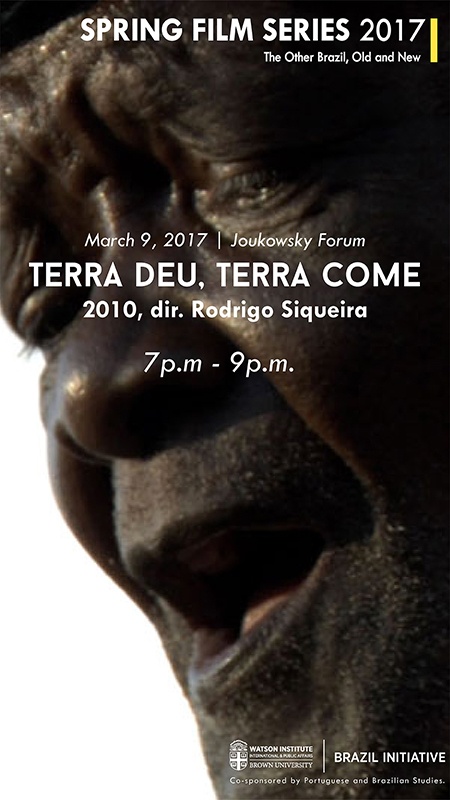 Filmmaker Rodrigo Siqueira had set out profile Pedro de Alexina, one of the last guardians of the funeral traditions brought by Africans to the Brazilian mining region of Diamantina in the 18th century, but his ethnographic portrait quickly became something else altogether. As Alexina spins his tales and legends for Siqueira, he conjures such a vivid world beyond time and space that the very idea of the real seems to slip away. Released in 2010.