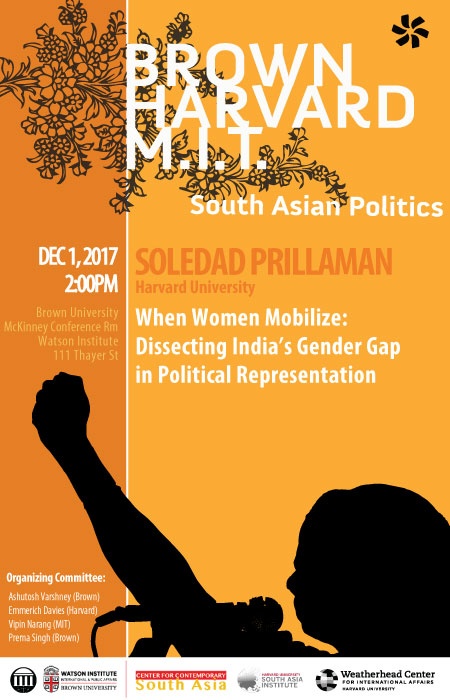 Soledad Artiz Prillaman recieved her Ph.D. from the Department of Government at Harvard University. Her research focuses on comparative political economy, economic development, gender, and the politics of the welfare state, with a regional focus in India.

Her dissertation seeks to better understand why women in India, and developing countries more broadly, are particularly disengaged from politics and to identify the mechanisms through which the prevailing political gender gap is reduced. In doing so, she evaluates the mechanisms by which the state is strengthened through increased political integration of women in India by detailing the oft-unconsidered consequences of development interventions for political behavior and local politics. Additionally she evaluates how women who have become active political agents organize politically and are received and resisted by traditional political networks.

Prior to entering Harvard, she received a B.A. in Political Science and Economics from Texas A&M University in 2011.